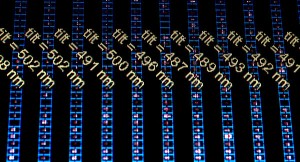 Scientists believed that they could look at the genome from cells taken in a cheek swab and be able to learn about the genomes of cells in the brain or the liver or anywhere else in the body. …
One woman discovered she was a chimera. In need of a kidney transplant, she was tested so that she might find a match. The results indicated that she was not the mother of two of her three biological children. It turned out that she had originated from two genomes. One genome gave rise to her blood and some of her eggs; other eggs carried a separate genome.
Women can also gain genomes from their children. After a baby is born, it may leave some fetal cells behind in its mother’s body, where they can travel to different organs and be absorbed into those tissues. It’s pretty likely that any woman who has been pregnant is a chimera.