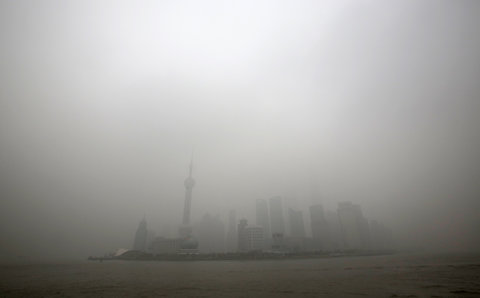 Air quality is measured according to the concentration of particulate matter per cubic meter. The World Health Organization recommends not exceeding 25 micrograms. Shanghai used to set its benchmark for triggering alerts far above that, at 75 micrograms, and has now lifted that to 115 micrograms. Even under the laxer standard, Shanghai would have had to issue warnings: The air quality index was at 238 on Dec. 8 and reached a record 482 on Dec. 6 — or 19 times higher than the W.H.O. recommendation.
The environmental bureau’s move was so cynical that even the state-owned China Daily called it “a reluctant tacit acknowledgment of the city’s poor air quality.” Naturally, the paper also voiced the official justification that “the original standard is too strict, given that haze is common in the Yangtze River Delta region in winter.”
It makes no sense, or at least no good sense, to base alerts on what’s usual rather than what’s safe—but that’s exactly what the bureau’s doing. China Daily added that the city would likely “revert to the original standard to lift sever-pollution warnings in summer, when air quality is better.”