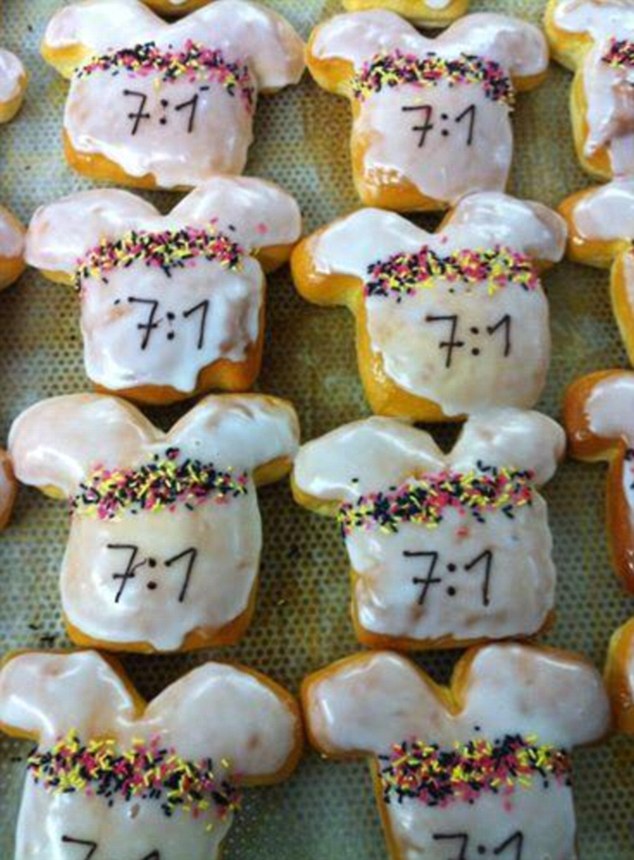 Jurgen Klinsmann might have had to leave Brazil early with his adopted nation, the United States, but that hasn’t stopped him enjoying Germany’s 7-1 World Cup semi final win.
The 49-year-old, who won 108 international caps in his playing career, posted a picture on Twitter from his home nation of the Klinsmann Konditorei (Klinsmann pastry shop) and the new addition to their baked range.
In light of the thrashing of Brazil, special sweet treats bearing icing that reads: ‘7-1’, have been produced.