A visitor enjoys photos during the exhibition on Maritime Silk Road at the UN headquarters. 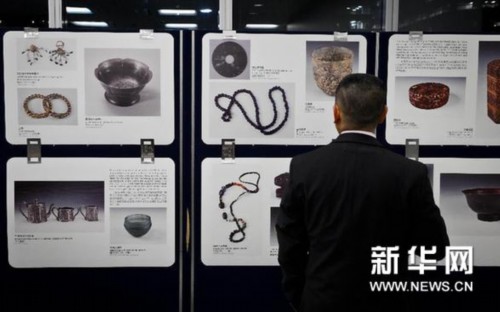