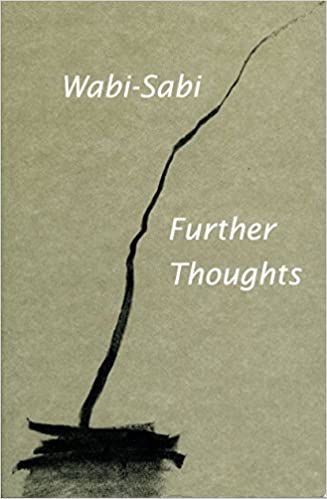 Beauty at the edge of nothingness. Wabi-sabi emerges out of the infinite potentiality of nothingness. The distinctiveness of wabi-sabi comes from that which is so faint, tentative, delicate, and subtle that it may be overlooked—or mistaken as trivial or insignificant.

Elegant poverty. ‘Poverty’ in this meaning refers to a mindset of non-attachment, i.e., not holding onto fixed ideas or material things. ‘Elegant’ refers to a grafeful acceptance of restraint, inconvenience, and uncertainty.

Imperfection. Iconographically, wabi-sabi is often represented by the entry is processes of nature made visible. Entropy precipitates chaos and unpredictability, and this produces variety and interest. ‘Irregularity,’ rather than ‘imperfection,’ is probably a more apt term, but imperfection has more resonance.