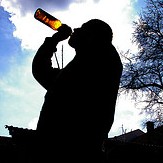 Every racial or ethnic group has specific health concerns which are caused by a combination of genetic, cultural, and environmental factors. For example, some people think that Irish people drink too much as a culture. But American Indians and Alaska Natives statistically suffer disproportionately from substance use disorders compared with other racial groups in the United States. Why is this? And what can be done about it?