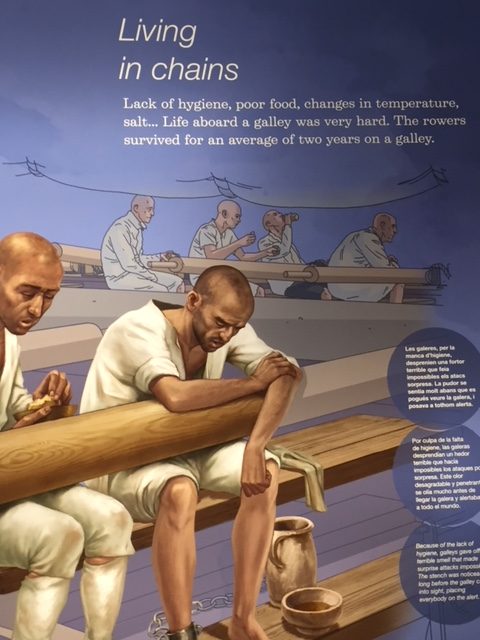 Living in chains
Lack of hygiene, poor food, changes in temperature, salt… Life aboard a galley was very hard. The rowers survived for an average of two years on a galley.