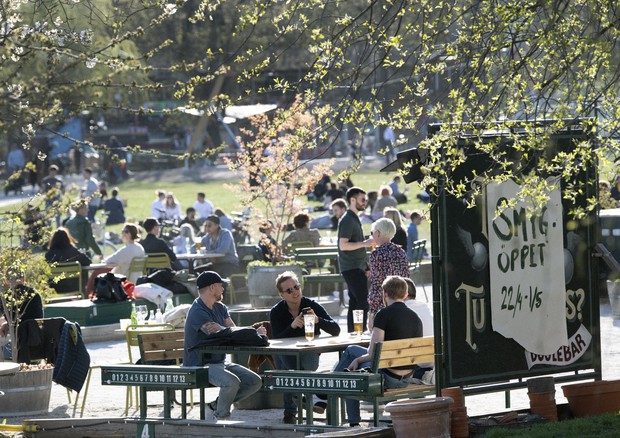 Sweden’s strategy to keep large parts of society open is widely backed by the public. It has been devised by scientists and backed by government, and yet not all the country’s virologists are convinced.
There is no lockdown here. Photos have been shared around the world of bars with crammed outdoor seating and long queues for waterfront ice cream kiosks, and yet it is a myth that life here goes on “as normal”.