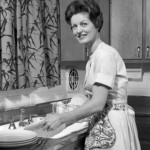 Women have long suspected they still do more of the housework than their husbands.
And the next time there’s a row over the chores, they’ll have proof.
Eight out of ten married women do more housework than their partners, according to figures compiled by the Institute for Public Policy Research. 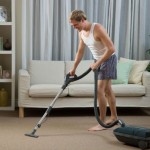 The think tank found only one in ten married men do the same amount as their wives. Around the same proportion do more.
Only 3 per cent of married women spend fewer than three hours a week on housework, with almost half doing 13 hours or more.
Experts say the gender imbalance is still alive in the British household and are calling for men to do their fair share. The revolution in gender roles is unfinished business.