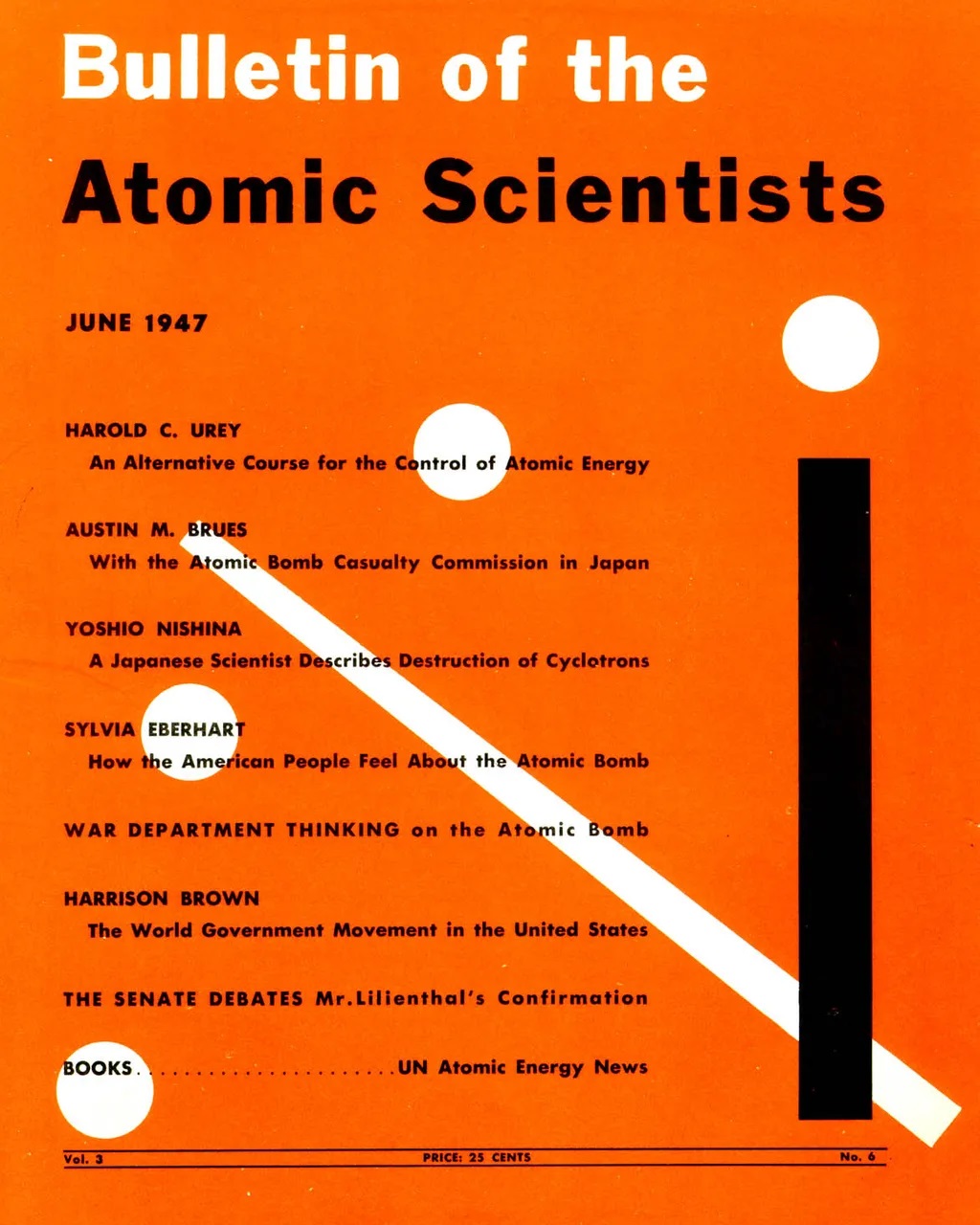 The first appearance of the Clock in 1947, designed by landscape artist Martyl Langsdorf (Credit: Courtesy of the Bulletin of the Atomic Scientists)

Two years after its founding, the Bulletin chose to switch from a printed newsletter to a magazine format in order to engage a wider readership. It was at this point that they engaged landscape artist Martyl Langsdorf to design a symbol for their new cover, for which she produced the first Doomsday Clock. Married to a Manhattan Project scientist, Langsdorf understood the urgency and desperation her husband and colleagues felt about managing nuclear technology.