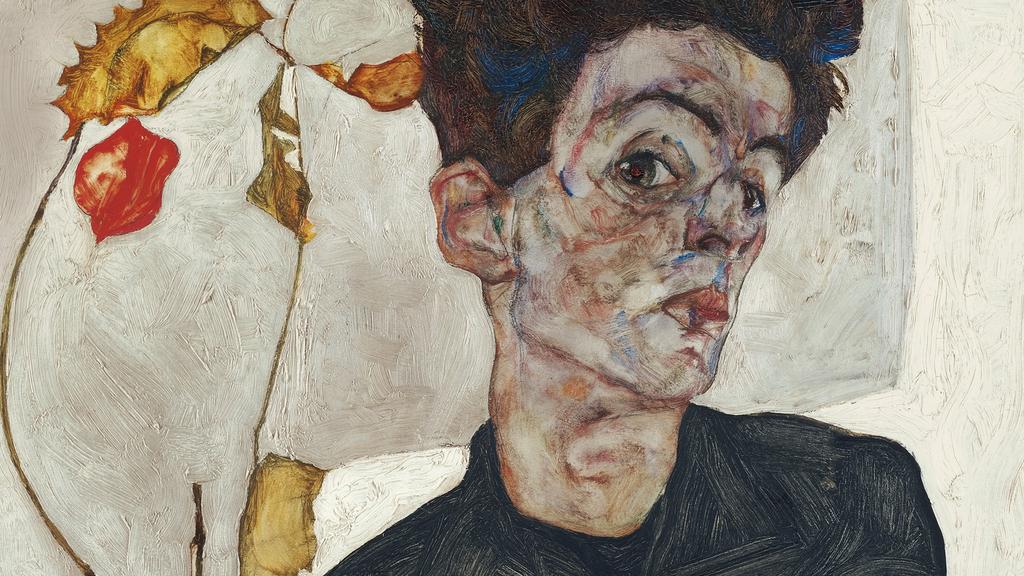 Despite largely failing as a student at school and having to repeat a year, his artistic talent gained him entry to the Kunstgewerbeschule (School of Arts and Crafts) in Vienna, where famous artist Gustav Klimt had studied. But one of his teachers there complained that Schiele had “too much talent” and he was sent to Vienna’s Academy of Fine arts, the youngest student ever enrolled there, at the age of 16. According to records he was accepted over another candidate — Adolf Hitler.
But Schiele soon rankled at the conservatism of the Academy. In 1907 he sought out Klimt, whose work Schiele admired, hoping to learn more from the great artist. Klimt was the leader of the Vienna Sezessionist (Secessionist) group, who had made a break from the conservative styles of the Academy. He was greatly impressed by the teenager’s talent and became a mentor and friend, buying some of Schiele’s works, organising models and finding him connections in the art world. It led to Schiele’s first inclusion in a Sezessionist exhibition in 1908.
**
In 1911, Egon Schiele met a woman. She was seventeen, bright eyed, fun, amiable, not a bit shy or innocent. Her name was Valerie ‘Wally’ Neuzil, and she was just what both Schiele and his art needed. In that short period of time, Schiele’s art blossomed, and Wally was his muse, his lover, his friend. Their story is the one of obsession, love, betrayal, erotic exploration, and death – death of an artist, death of a muse, death of a whole empire and death of an era.