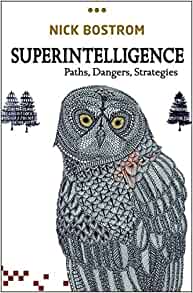 Storage capacity. Human working memory is able to hold no more than some four or five chunks of information at any given time. While it would be misleading to compare the size of human working memory directly with the amount of RAM in a digital computer, it is clear that the hardware advantages of digital intelligences will make it possible for them to have larger working memories. This might enable such minds to intuitively grasp complex relationships that humans can only fumblingly handle via plodding calculation. Human long-term memory is also limited, though it is unclear whether we manage to exhaust its storage capacity during the course of an ordinary lifetime—the rate at which we accumulate information is so slow. (On one estimate, the adult human brain stores about one billion bits—a couple of orders of magnitude less than a low-end smartphone.) Both the amount of information stored and the speed with which it can be accessed could thus be vastly greater in a machine brain than in a biological brain.