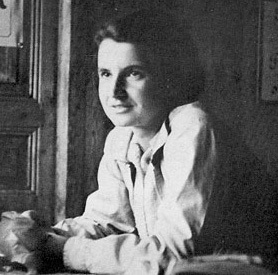 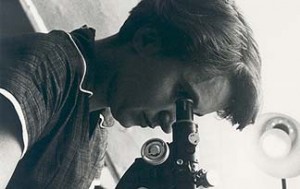 After finishing her portion of the work on DNA, Franklin led pioneering work on the tobacco mosaic virus and the polio virus. She died in 1958 at the age of 37 of ovarian cancer. 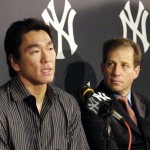 In the fall of 2002 I got a phone call from a San Francisco lawyer who asked if I was interested in becoming the player agent for Hideki Matsui, the great Japanese baseball player.
Over the next few weeks a Japanese attorney and I corresponded about the ancient verities that were important to Matsui: honor, respect, humility. I promised that, if hired, I would uphold Matsui’s standards and treat him like a member of my family.
Toward the end of that November I learned through the Japanese media that Matsui had chosen me to be his agent. During my 32 years in the business, that was the first — and so far only — time I’ve been hired by an athlete whom I had yet to meet.
Matsui practiced quiet philanthropy, giving large sums of money to charities without publicity or fanfare. … He was a rare superstar who recognized the unique role his talent has given him and the good he could do for others.
Why is this athlete different from the more than 500 other athletes I have represented?
Well, for one thing, before I negotiated his first three-year contract with the Yankees, he asked me to take a cut in my standard fee. He said that if all went as hoped, he would consider making an adjustment in his next deal.
A few years later, with free-agency once again looming, he asked me to meet him in New York to discuss our business arrangement. To my astonishment, Matsui not only thanked me for my efforts on his behalf, but raised my commission beyond what I had initially asked.
Never in my career had this happened. I doubt it will happen again. 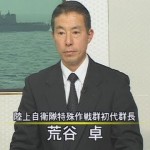 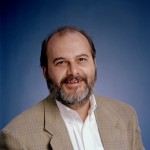 To be clear I want to give one example. Consider the movement of the “99% vs 1%”. If we ask where, in the global income distribution, are many of these “99%” who demonstrate in rich countries, we find that they are in the upper portion of the global income distribution – they are richer than 4/5th of the people living in the world. Now, it is not an argument why they should not demonstrate, but this empirical fact immediately opens up the next question, the one addressed by political philosophers.
Suppose, not wholly unrealistically, that globalization works in such a way as to increase incomes of some of these “other” 4/5th of mankind, those living in China, India, Africa, and reduces incomes of those who demonstrate in the streets of the rich countries. What should be our answer to that? Should we look at what is better for the world, and say to these “99%”: you guys are already rich by world standards, let now some others, who are ready to do the same job for a fraction of the money you want, get it, and improve their own lot a bit, acquire hot water, or give safe birth for example, things that you already have and take for granted. Or should we on the contrary say that unless we first organize well the distribution in each individual country, that is, redistribute from the top 1% to the other 99%, nothing worthwhile globally can be done? A global optimum should then be reached when each individual country takes best care of itself first. 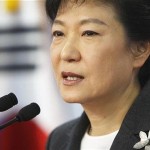 The two sides must have a correct view of history and pursue a future of reconciliation and cooperation, and for this it is important for Korea and Japan to try to build confidence.
(A “correct view of history” is shorthand for South Korea’s desire for Japan to acknowledge its wartime and colonial excesses, something Tokyo says it has already done but which Seoul says falls short of what is required.)
The older generation must make the commitment to try to heal the wound, and must not become an obstacle to opening the way for the future generation.

Let me say only this much to the moral issue involved: Suppose Germany had developed two bombs before we had any bombs. And suppose Germany had dropped one bomb, say, on Rochester and the other on Buffalo, and then having run out of bombs she would have lost the war. Can anyone doubt that we would then have defined the dropping of atomic bombs on cities as a war crime, and that we would have sentenced the Germans who were guilty of this crime to death at Nuremberg and hanged them?

In 1945 Secretary of War Stimson, visiting my headquarters in Germany, informed me that our government was preparing to drop an atomic bomb on Japan. I was one of those who felt that there were a number of cogent reasons to question the wisdom of such an act. During his recitation of the relevant facts, I had been conscious of a feeling of depression and so I voiced to him my grave misgivings, first on the basis of my belief that Japan was already defeated and that dropping the bomb was completely unnecessary, and secondly because I thought that our country should avoid shocking world opinion by the use of a weapon whose employment was, I thought, no longer mandatory as a measure to save American lives.