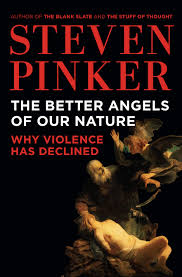 The scriptures present a God who delights in genocide, rape, slavery, and the execution of nonconformists, and for millennia those writings were used to rationalize the massacre of infidels, the ownership of women, the beating of children, dominion over animals, and the persecution of heretics and homosexuals. Humanitarian reforms such as the elimination of cruel punishment, the dissemination of empathy-inducing novels, and the abolition of slavery were met with fierce opposition in their time by ecclesiastical authorities and their apologists. The elevation of parochial values to the realm of the sacred is a license to dismiss other people’s interests, and an imperative to reject the possibility of compromise.