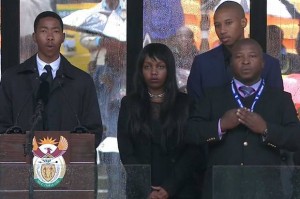 The man who has been blasted on social networks and accused of providing “fake” sign language interpretation at Nelson Mandela’s memorial service says he suffered a schizophrenic episode.
Thamsanqa Jantjie said his schizophrenia, for which he takes medication, has not only left many people angry and accusing him of being an impostor, but it was also the reason he was medically boarded a few years ago, resulting in him having to rely on a social grant now. 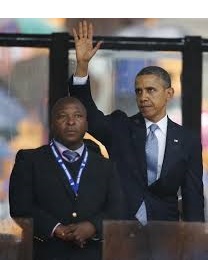 He doesn’t know whether it was the magnitude of what he was doing or the happiness he felt throughout the day that might have triggered the attack while on stage.
Suddenly he lost concentration, and started hearing voices and hallucinating.
Afterwards, it all went downhill and he just signed things that didn’t make sense.
The Star spoke to SA Interpreters’ Thoneka Ngqase, but she asked that she be contacted later because she was in a meeting. She never answered her phone after that or responded to SMSes.