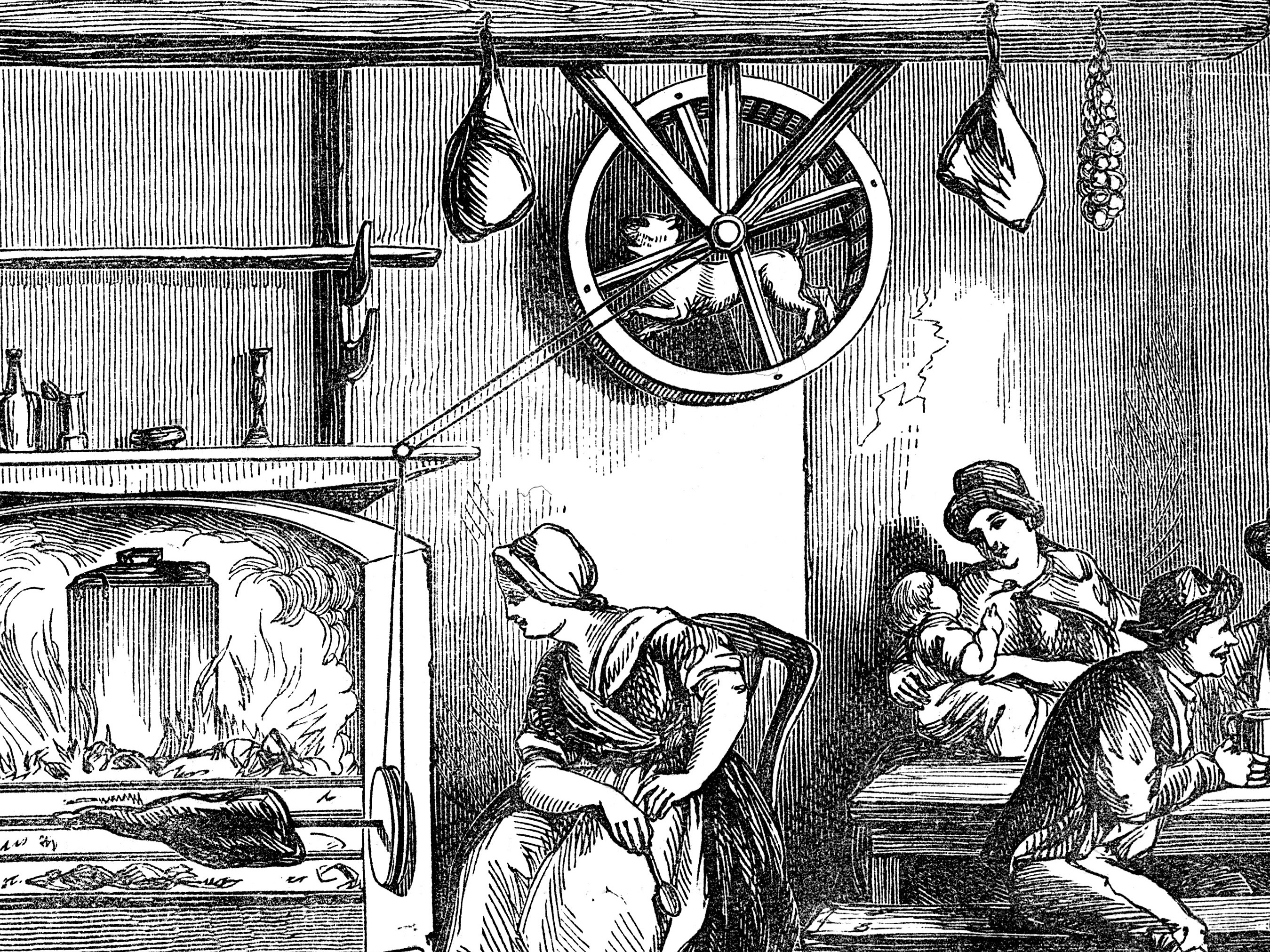 In an old hunting lodge on the grounds of an ancient Norman castle in Abergavenny, Wales, a small, extinct dog peers out of a handmade wooden display case.
The Canis vertigus, or turnspit, was an essential part of every large kitchen in Britain in the 16th century. The small cooking canine was bred to run in a wheel that turned a roasting spit in cavernous kitchen fireplaces.
The turnspit was bred especially to run on a wheel that turned meat so it would cook evenly. And that’s how the turnspit got its other name: vernepator cur, Latin for “the dog that turns the wheel.”
Back in the 16th century, many people preferred to cook meat over an open fire. Open-fire roasting required constant attention from the cook and constant turning of the spit.
When any meat was to be roasted, one of these dogs was hoisted into a wooden wheel mounted on the wall near the fireplace. The wheel was attached to a chain, which ran down to the spit. As the dog ran, like a hamster in a cage, the spit turned.