Nuclear fuel is a material that can be ‘burned‘ by nuclear fission or fusion to derive nuclear energy. 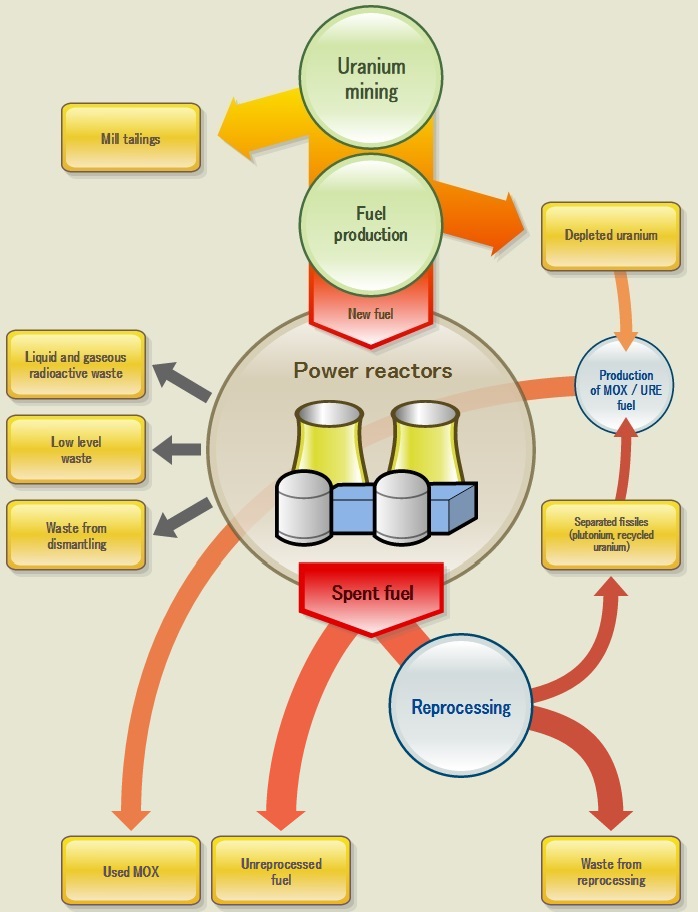