This is the official family tree of Charles II of Spain. Notice how unlike a normal family tree, it loops back on itself. Several people are related to each other in more than one way, which is not natural. 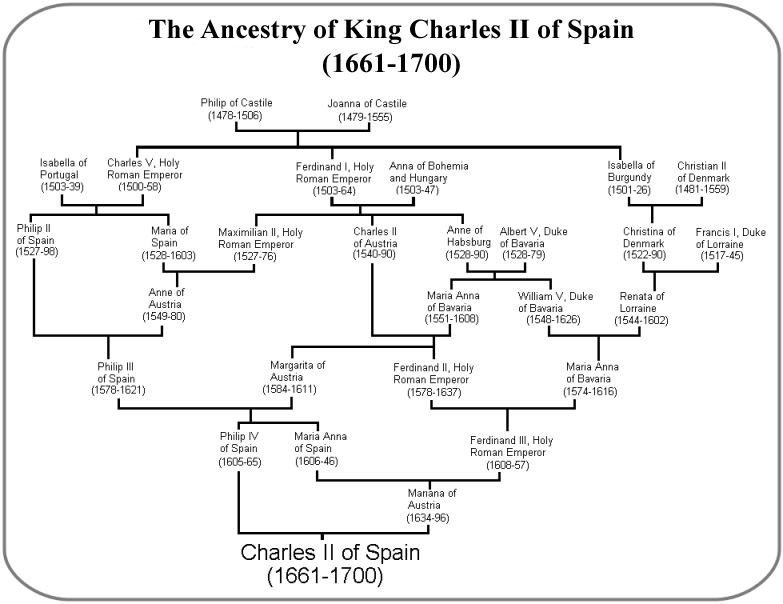