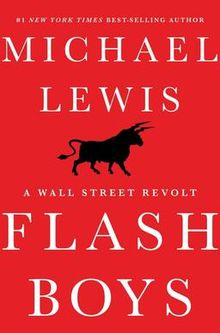 Having understood the problems, Katsuyama and his colleagues had set out not to exploit them but to repair them. That, too, I thought was interesting: some people on Wall Street wanted to fix something, even if it meant less money for Wall Street, and for them personally.
**
The rigging of the stock market cannot be dismissed as a dispute between rich hedge-fund guys and clever techies. It’s not even the case that the little guy trading in underpants in his basement is immune to its costs.