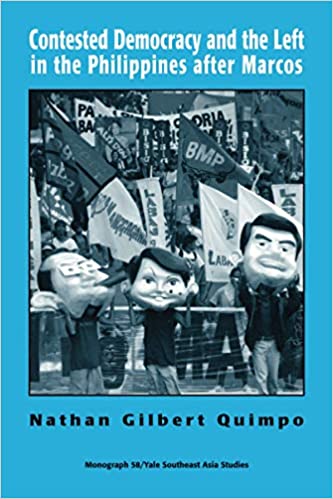 There are basically three prominent theoretical frameworks or interpretations of Philippine politics: the patron-client, factional framework; the elite democracy or patrimonial view; and the neocolonial or dependency analysis.
The patron-client interpretation, which has long been regarded as being the most influential, holds that Philippine politics is “about personal relations and networks linked by kinship, friendship, exchange of favors, influence, and money”. The relationship between patron (politician) and client (voter) is mutually beneficial but unequal. Elite domination is somewhat camouflaged by personalistic ties.
The elite democracy or patrimonial view argues that the Philippine political system, despite having formal democratic institutions, is essentially run by an elite few who use their wealth and power to control the country’s resources, Public office serves as a means for members of the elite to enrich themselves. While acknowledging the persistence of patron-client ties, the patromonial/elite democracy analysis regards intimidation, coercion, and violence as also widespread.
The neocolonial or dependency framework shares much of the elite democracy view but sees the Filipino elite’s power as limited and foreign interests as actually dominating the country.